The City of Grovetown was chartered by the Georgia Legislature and officially incorporated in 1881. The name of the small village purportedly came from the old Grove Baptist Church that was founded in 1808.

A Southern poet famous in the post-Civil War era, Paul Hamilton Hayne, moved to Copse Hill (in the Parham Road area) in the 1860s. As a man of letters (author, poet and editor), Hayne solicited the postal service to establish the Grovetown post office. The first U.S. mail service was inaugurated in Grovetown on September 28, 1877 with Charles Clifford as postmaster. Mr. Clifford was also the train depot agent and the owner of the corner store.
Railroad
The first railroad depot was a small structure built in 1878-79. The last depot was an ornate structure built in 1891 at a cost of $5,041.74. It served the residents of Grovetown until 1970 when passenger trains no longer ran the Augusta-Atlanta line. It was demolished in 1973.

Growing Town
Many wealthy and influential Augusta residents had summer homes in Grovetown, escaping the heat and disease of the swampy river areas of the city. They commuted on the old "Picayune" train, relying on its frequent service. The old Rosland Hotel, later known as the "Eagle," was built in the 1880s. Its huge rotunda was frequently used for church gatherings, suppers, parties, and dances. The hotel later became a boarding house and burned in the 1970s. The Church of Christ is now located on that site.

Several country stores were established on Old Wrightsboro Road near the railroad crossing. The last of these was S.F. Poole's store, where the gazebo now stands, with the "philosophers' bench" by the door. During the early days, many famous residents have lived in the Grovetown area: Hayne, the literary figure; Stewart Phinizy and James Tobin, cotton brokers; Charles Phinizy, banker and railroad president; Dr. H.H. Steiner, prominent physician; and John Dodge, pharmacist and harness racing enthusiast. Mr. Dodge brought his stable from Ohio, built a large home and race track on Dodge Lane.

With the construction of Camp Gordon in 1942, Grovetown experienced rapid growth-no longer the small agricultural town. Camp Gordon, later Fort Gordon, took advantage of the railroad and many military families looked to Grovetown for housing. Gradually more and more retired military saw the benefits of living in this small town, and population began to grow and stabilize.

Currently, Grovetown has a population of approximately 16,700.  It is one of 2 chartered cities in Columbia County. Current annexation and multi-housing construction has increased the population potential of the former quiet town. 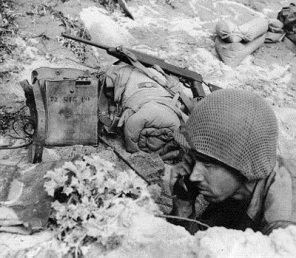 A variety of stores, dining establishments, expanded schools, and churches add to the town's culture.

City services have increased with recreational facilities, an increased public safety department, two fire stations, water and sewer services, a new city hall, and the Grovetown Museum. A "quiet village" no more, it is still a great place to live.

Note: This brief history is provided by the Grovetown Museum which located at 106 E. Robinson Ave. It is open from noon until 4 p.m. Thursday through Saturday. You may call the museum at 706-396-4004.
Online Bill Pay
Let Us Know
Notify Me®
Visiting
Alert Center