We want your input as the City of Grovetown works to revise our zoning code! Join us February 28th for a Public Information meeting and let us know your thoughts!

At the April 11, 2022 City Council Meeting, the Grovetown City Council directed staff to study, review, and revise the City’s Zoning Ordinance to include hiring an outside consultant to assist with the project. Mayor Jones appointed Councilwoman Fisher and Mayor Pro-Tem Blair to a committee to oversee the project.

At the August 8, 2022 City Council Meeting, the Grovetown City Council approved a contract for services with Kimley-Horn, whose team will work with City staff for the duration of the project.

The primary goals of the Zoning Code Revision are to adopt new standards in the areas currently identified as the “City Center Districts” that accomplish the following:

WE NEED YOU TO BE INVOLVED!

Throughout the process, we will ask the public and stakeholders to weigh in on important components of the new zoning code. The new zoning code is expected to be completed as early as March 2023. Thank you for your interest in this important process. Stay tuned to this webpage for important dates, detailed explanatory documents, and opportunities to participate. 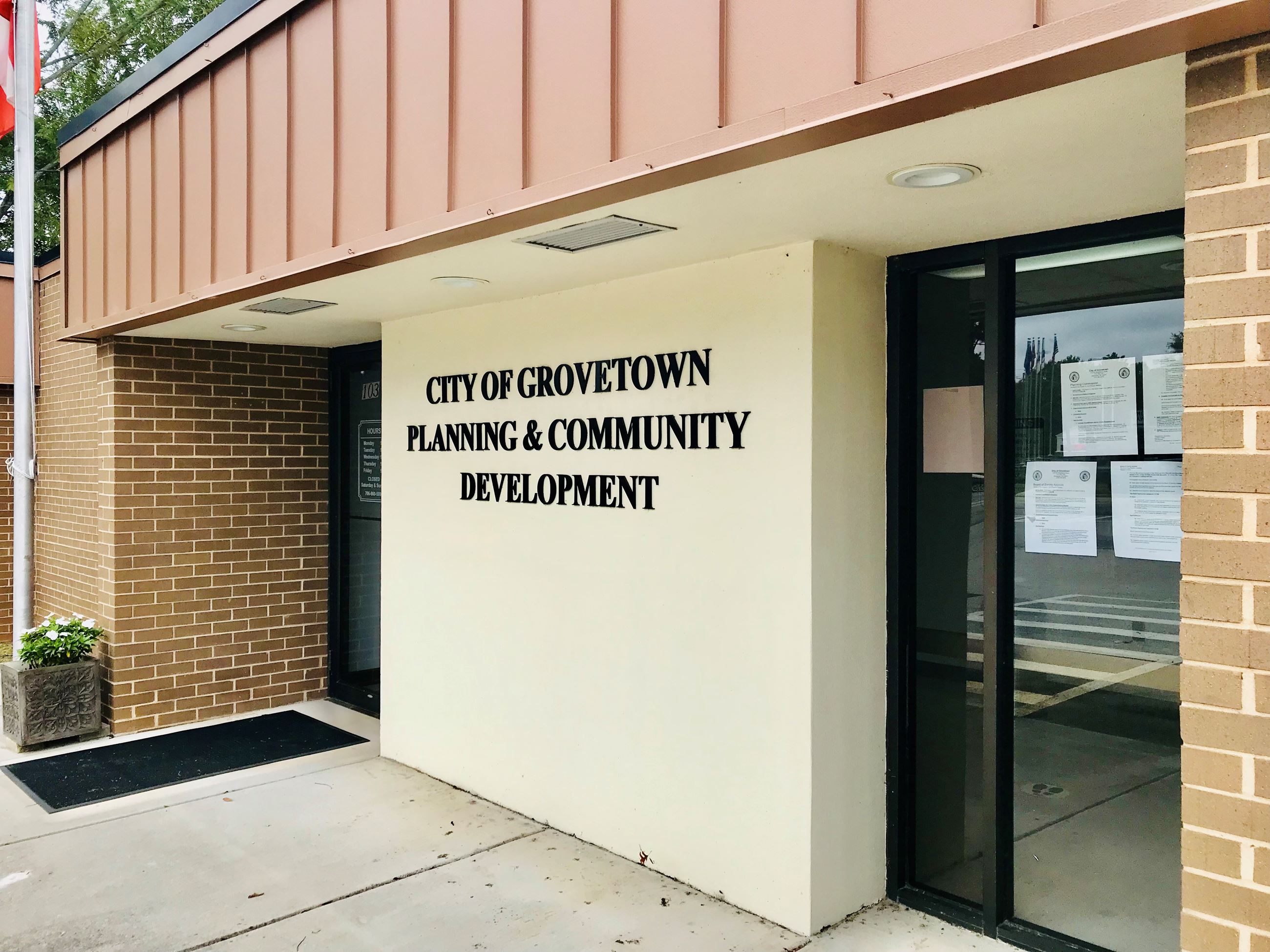 Please feel free to submit comments at any time throughout the process to:
Jonathan Bush
City Planner
jbush@cityofgrovetown.com
706-691-7306​